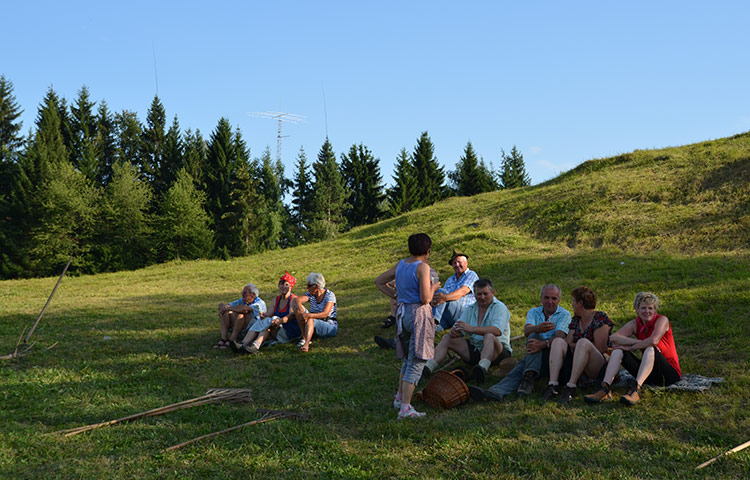 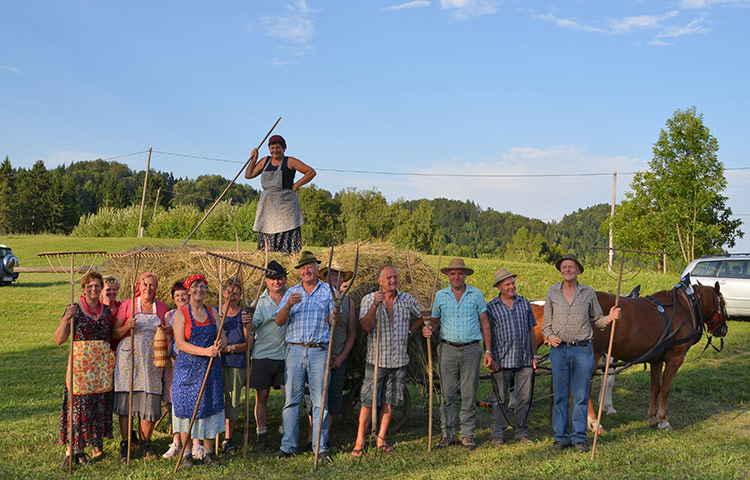 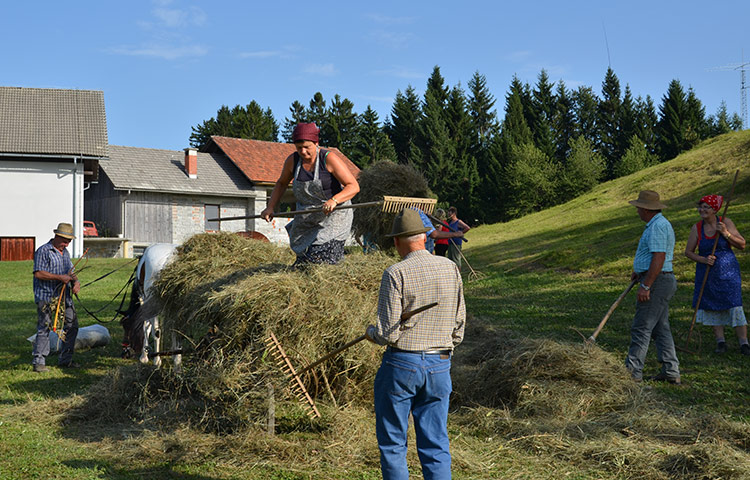 Traditional loading of hay and the feast (likof) that followed after the hard work. 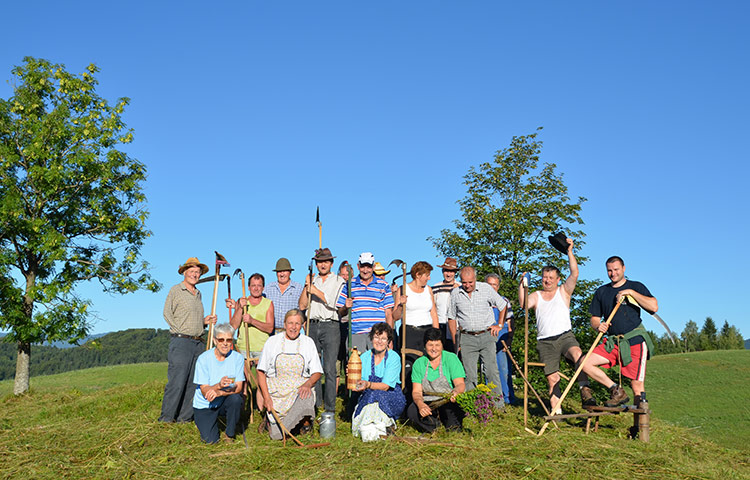 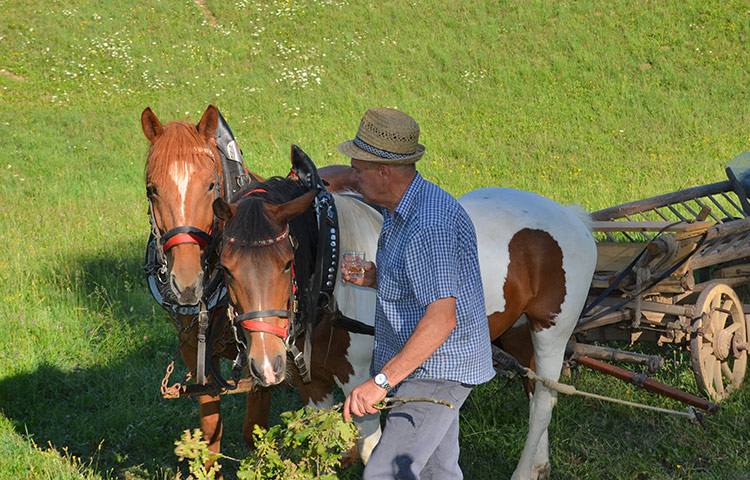 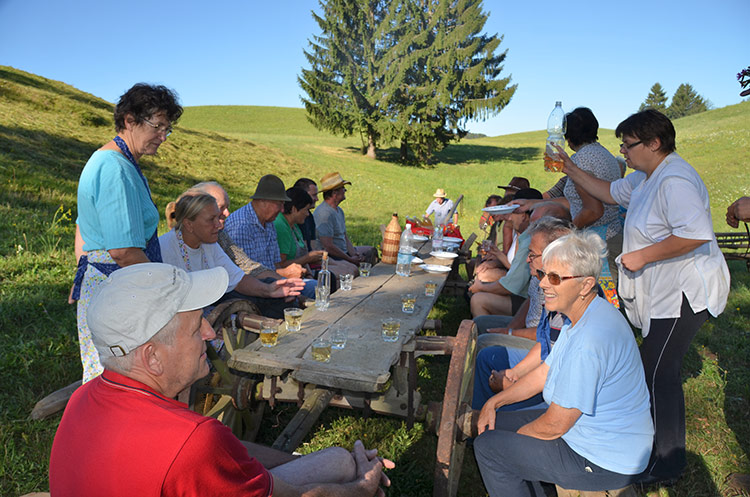 Mowing and hay harvesting in Ledine (traditionaly). Come and see how it was done, before any machinery was available. 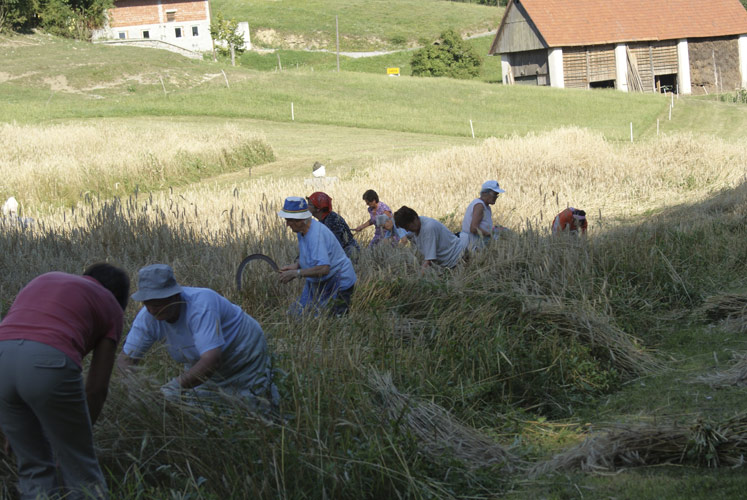 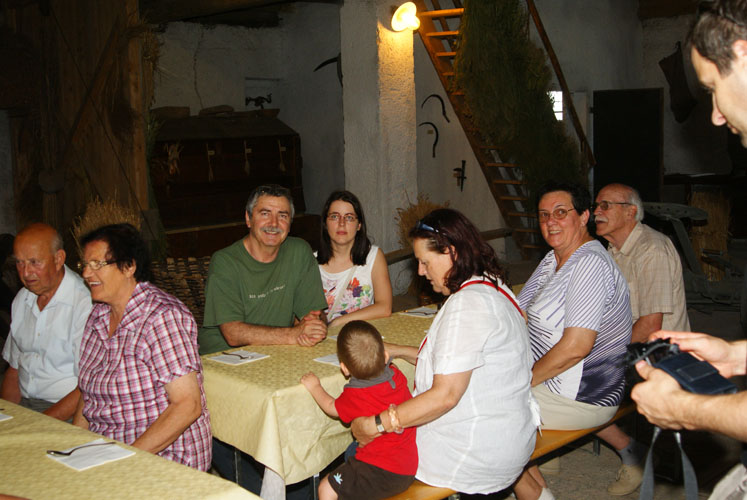 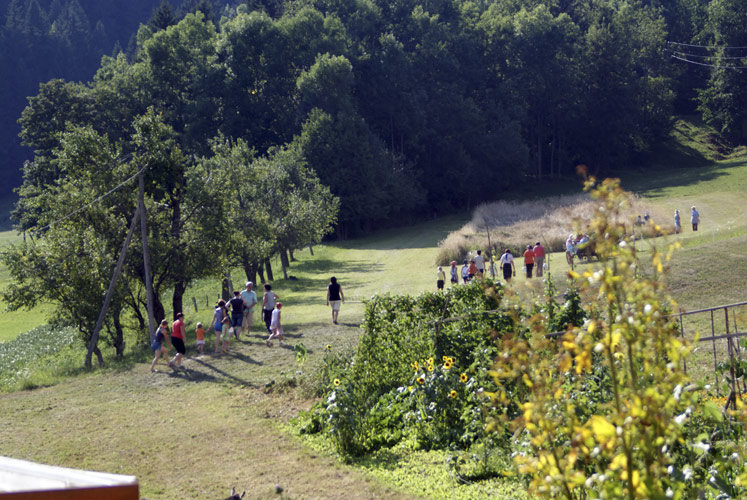 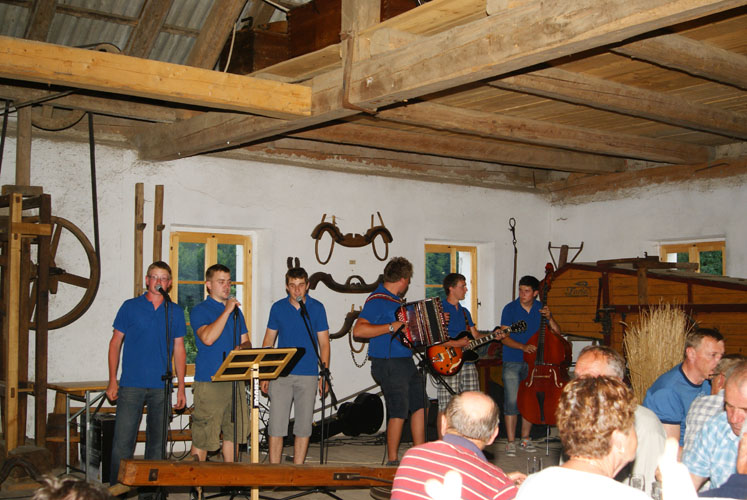 Some pictures from traditional harvest on our farm, which is annually attended by visitors. 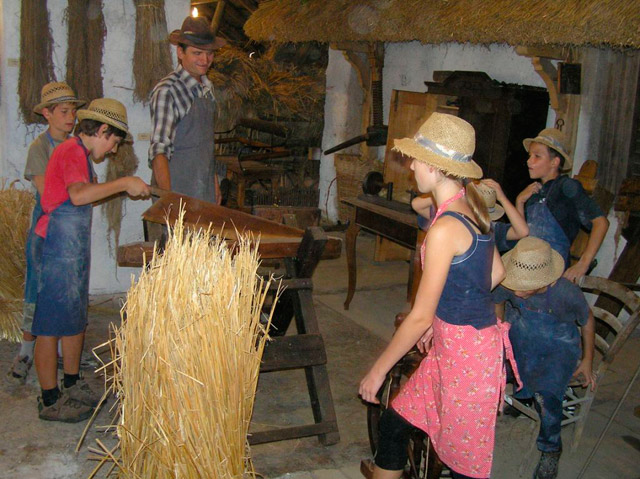 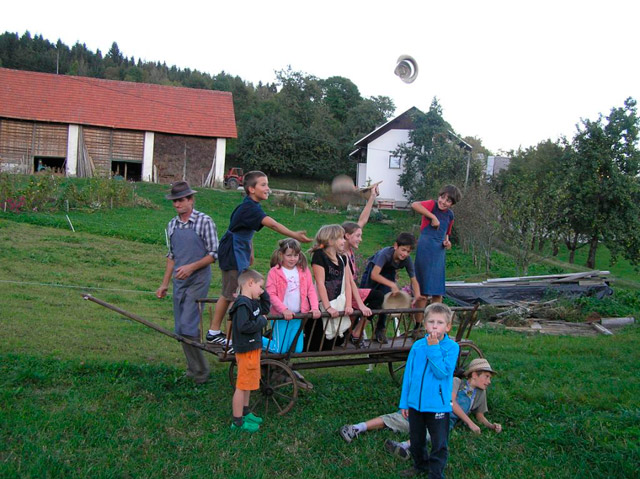 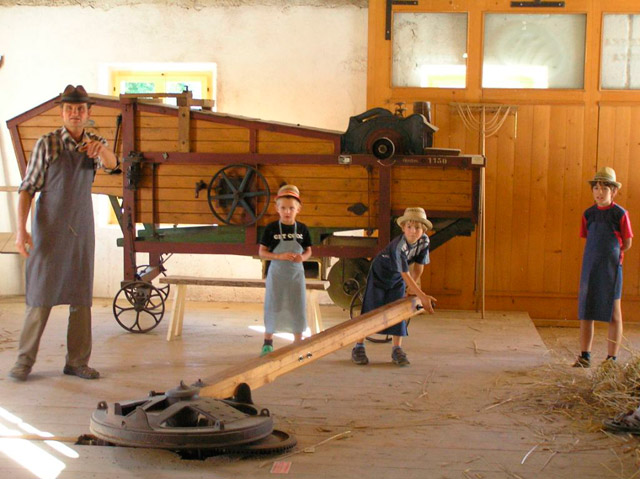 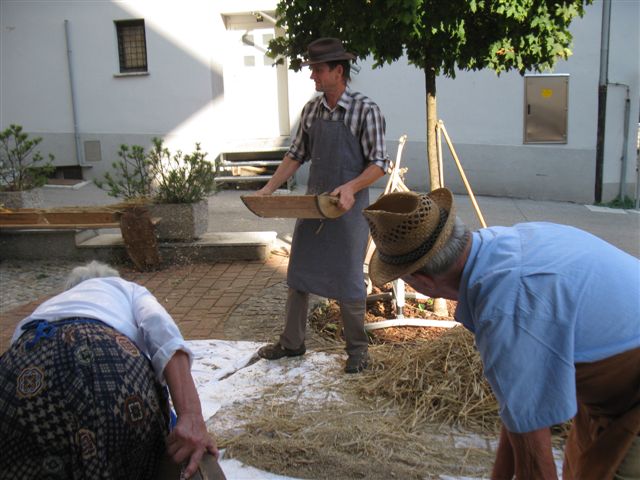 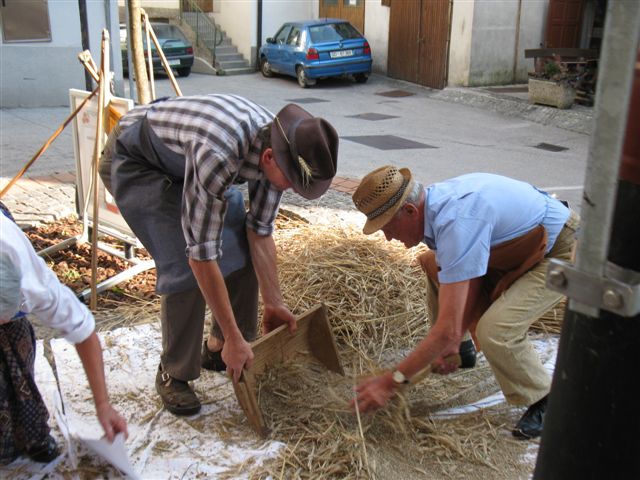 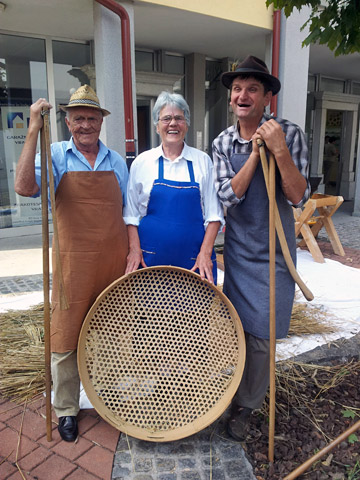 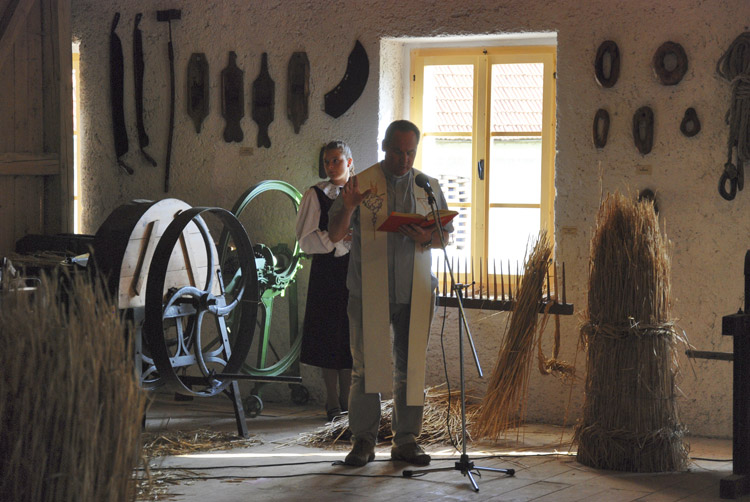 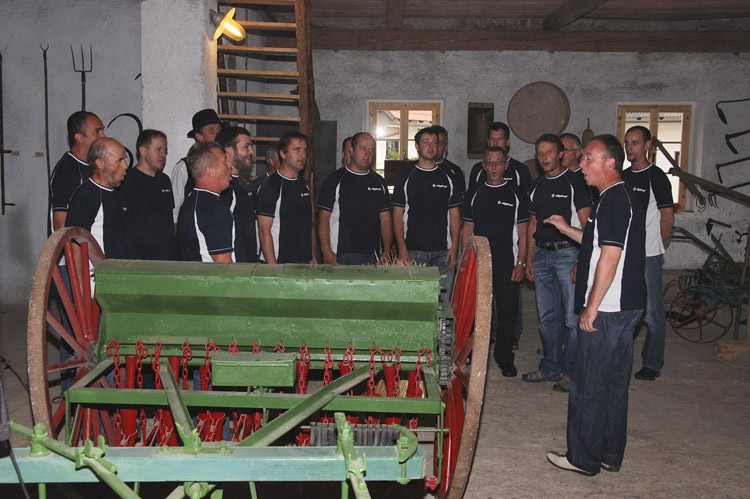 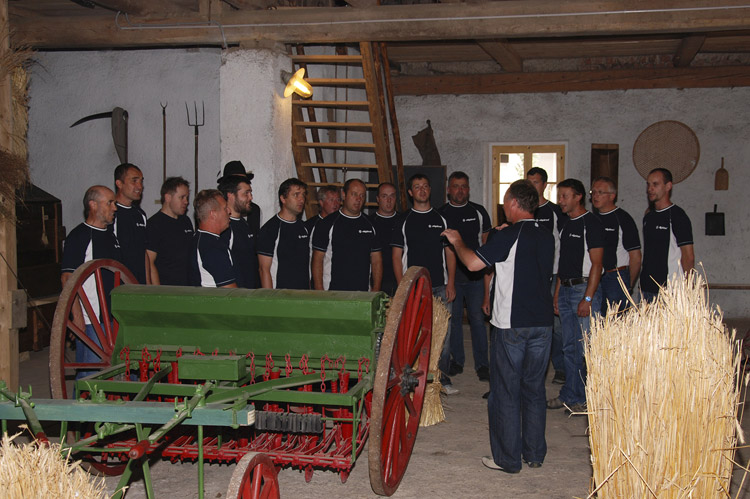 That beautiful saturday afternoon was spent in a great crowd. We opened our enlarged farming machinery collection for the public and greeted a couple hundred of the first visitors.
That was a very special event for us.

Insert from Good morning show on RTV Slovenija, from april 10th, 2012. They were talking about our tourist farm and about our farming machinery museum collection.

Insert from a local TV station (RTV Slovenija), from august 5th, 2012. They were describing the harvest which happened between 3rd and 4th of august, 2012.

Video presentation of Pr' Jureč - Tourist farm on a beatiful Ledine plateau - where the watershed divides the springs which flow to the Adriatic or the Black sea.