Tourist farm Pr' Jureč can be found on Facebook.

The Idrija Geopark lies in the western part of Slovenia and comprises the area of the municipality of Idrija. The town of Idrija is reputed primarily for having the second largest mercury mine in the world. The area of the Geopark has an extremely diversified morphology, featuring deep and narrow ravines and gorges, as well as vast, high-lying, karstified plateaus, which is due to its position at the meeting point of the alpine and Karst worlds. The Idrija Geopark follows the basic concept of geoparks: to unite the protection, promotion and marketing of geological heritage that is, precisely at this location, unique on an international scale. It unites the richness of geological and other natural and cultural heritage with traditional cuisine, domestic arts and crafts, services and tourist attractions which the area can offer to visitors.

"The area of the Idrija Geopark has an extremely diversified morphology. Visitors can marvel at the high-lying karst plateaus, which have no surface flowing waters, but are surprisingly abundant in caves, abysses and sinkholes. These plateaus lie at elevations ranging from 650 to 800 metres; only the Vojsko plateau is up to 1,100 metres high. From these Karst plateaus, the terrain descends steeply towards narrow river valleys.

In the western part of the Idrija Geopark, one finds the isolated karst on Vojsko plateau, in the surroundings of Čekovnik, and in the area of Krnice and Šebrelje.

To the east are the Ledinska, Vrsniška, Dolska and Zavraška plateaus, which belong to the Rovtarsko hills. The area has no surface flowing waters; even surface karst phenomena are very rare. The most frequently found karst phenomena are sinkholes.." 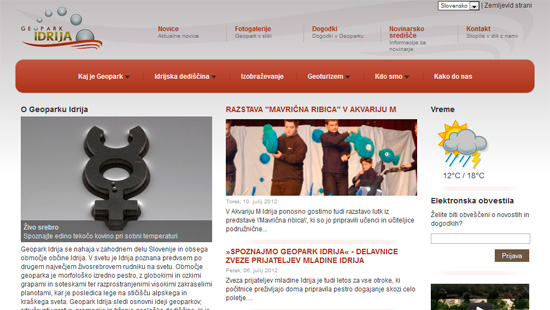 Association of tourist farms of Slovenia

"When you are considering where to spend your holidays, don`t overlook Slovenia`s countryside. Here, in idyllic green and peaceful settings far from crowds and the everyday rush, are numerous farms that along with their regular farming activities welcome tourists.
A holiday on a tourist farm is not the same as relaxing beside the sea or at a health resort. A farm holiday offers close contact with nature and people, with their culture, wisdom, customs, and work.

Slovenia`s tourist farms will fulfill the expectations of old and young alike. On them, adults will find the corners of peace and relaxation, and children, a limitless playground; adults will get to know the local people and sit chatting with them in the evenings, while the farm children will introduce their peers from the city to the mysteries of farm life, delight them with the farm animals, and share adventures with them not found in the city." 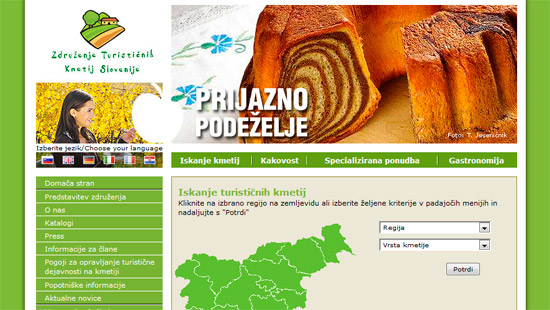 Diversity of nature within your reach...


"Slovenia is the first country in the world to be declared a green destination based on the Green Destinations Criteria. Situated in the heart of Europe, Slovenia is a boutique country between the Alps, Mediterranean Sea, mysterious Karst with more than 11,000 karst caves and Pannonian Plain, rich in healthy water springs. We are also proud that our capital Ljubljana was awarded the European Green Capital 2016 title. Welcome to Slovenia, the only country with the word LOVE in its name! " 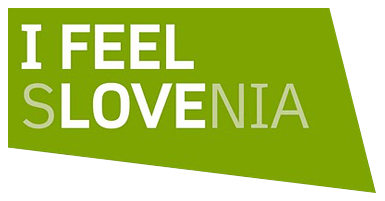